The Transmogrification of Engineering

Society requires a return to form of the engineers who build the things on which it stands. Rather than engineers with spindly limbs who are only able to compose webs of badly mangled code, we need engineers with muscled forearms and sharpened minds who can move mountains and build cathedrals in the heavens en masse. 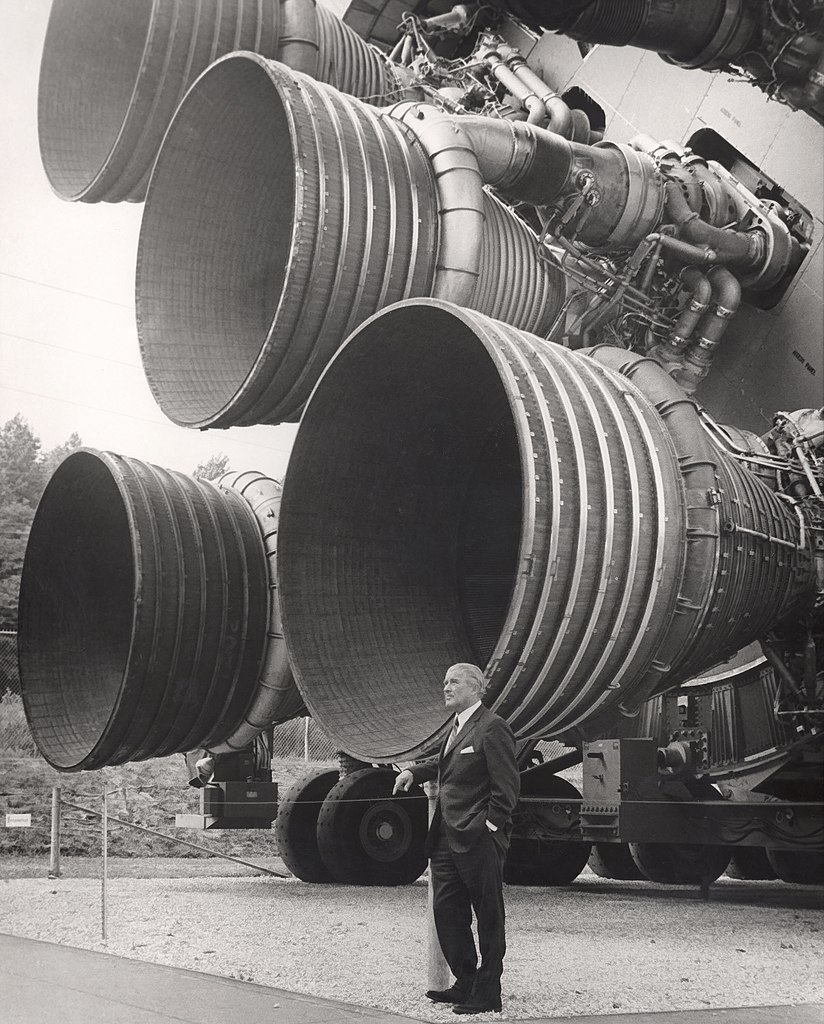 Hordes of spindly limbs attached to torsos with craned necks and hunched backs march down Market Street. In a daily ritualistic sacrifice of thumotic potential to techno-Moloch, each torso eventually arrives in its respective portion of the beast. It sits down in its Herman Miller Aeron, adds a few spindly threads to a four-dimensional web of badly-mangled code, and eventually returns to its transparent living-box, a la Zamyatin.

The cycle is repeated every Monday through Friday between the hours of 9am and 5pm Pacific Time. The torsos live, some torsos produce more torsos, and all torsos eventually die. Techno-Moloch grows continuously more fearsome.

From where did the spindly-limbed-crane-necked-hunch-backed torsos come? Surely it wasn't from the ether, but surely it also was not from the engineers of yore, those who communed with the logos, those who built beautiful things! Surely the torsos are not merely some lab experiment gone wrong, some transmogrification of the engineers that Solzhenitsyn describes in The Gulag Archipelago:

An engineer? I had grown up among engineers, and I could remember the engineers of the twenties very well indeed: their open, shining intellects, their free and gentle humor, their agility and breadth of thought, the ease with which they shifted from one engineering field to another, and, for that matter, from technology to social concerns and art. Then, too, they personified good manners and delicacy of taste; well-bred speech that flowed evenly and was free of uncultured words; one of them might play a musical instrument, another dabble in painting; and their faces always bore a spiritual imprint.

There's a natural logical deduction to be made here – in the 1920s that Solzhenitsyn describes, there were real engineers, and in the 2020s, we have torsos. There has been a change over the past hundred years, and that 'change' is best realized by rectifying its name as 'decline'. In modernity, our perspective is mired by the assumption that technological progress is inevitable, that engineers will always continue to be competent and churn out new inventions that better the world. This assumption is false. In fact, all historical examples of great civilizations fell, their local technological progress grinding to a halt in each case. Masters inevitably fail to find apprentices, creating gaps in knowledge that are best likened to an abyss. Various disciplines fall out of favor with new students. Works of great technological magnitude are lost to the ages. Engineering is a practice, a grand category of trades like any other, and it is at least as capable of falling prey to decline as any other field of human endeavor.

Engineering has constituted the backbone of civilizational progress in many eras, and ours is no different. Our society and our way of life require both its existence and the competence of those who practice it. How tragic it is that mere torsos, our modern bastardization of a stronger type of yore, will not suffice! We are faced with an imperative to recover true engineers – those that communed with the logos but were not consumed by it, those that read the classics, those that had beautiful families, those that built beautiful machines.

Thiel and Burja, like Carlyle before them, enframe progress throughout history as being led by 'great founders'. The archetype of the person able to command and deploy power as they see fit is what modern technologists have settled upon as the driving force of the spear of innovation. Founders are put front-and-center, and engineers are rarely mentioned explicitly. The implicit reading of that exclusion is that they are unimportant, mere pawns in a game that they do not understand. It's a damning characterization, but of our torsos, it is true.

The supply of so-called 'software engineers' is growing exponentially – elite colleges churn out thousands of new Computer Science graduates each year, primed and ready to write spaghetti code at elite tech companies across the globe. These torsos are code-monkeys, mere bit-pushers. They do not 'build' in any meaningful sense of the word. Thiel is correct in his implicit assertion that they are the plebeian class among patrician founders. Their days are spent clacking away in Visual Studio Code on MacBook Pros, their posture degrades despite their Herman Miller Aerons, and what muscles they have inevitably waste away. Despite its best attempts, no number of new gyms that Google erects at its campus in Mountain View will be sufficient to stave off the degradation. The advent of computers, powerful devices that can be interfaced with via 64 keys and 10 fingers, have turned the muscled forearms of a Hero of Alexandria into the team page at The Machine Intelligence Research Institute (MIRI). Mind-body dualism has wreaked its havoc. Woe!

Despite my denigration of the multitudes of low-status, bit-pushing torsos working at Facebook, Apple, Amazon, Google, Netflix, and Twitter today, much of the software that we do have was created by them. They form the misaligned spinal column of modernity. But let's say that these torsos didn't exist – what would great founders do? Can a great founder found great things without competent legions to lead? The simple answer is no. Both components of the formula are necessary – without either, the system would not run.

The spirit of the times is best aesthetically represented by a face, surrounded by darkness, upon which the bright blue glow of a computer screen is reflected. What society requires is a resuscitation, a group of Solzhenitsian engineers who refuse to be relegated to their darkened rooms replete with the endless amusements of the simulacrum. Expunge the i9 processors, GTX 3080 GPUs, and 144 Hz monitors! Expunge faux achievement, sedentary adventure, and machines purpose-built for cope!

Torsos perpetually dream of returning to their e-caves – it's evident in the mutilated code they produce. Jonathan Blow, a true engineer, points out that much of the so-called 'progress' in modern software is simply the result of more computational power. The physical hardware that powers our computers gets better every year (everyone knows of Moore's Law), but the everyday user's experience with these veritable physical specimens of machines is slower, laggier, buggier, and jankier than it ever has been. Don't believe me? Watch a video of someone using a web browser in the 90s, when they were invented. You'll notice that the load times for websites are eerily similar to what you experience when you go on Facebook or Twitter in the year 2021. The technical infrastructure of the 90s was dial-up modems streaming 20 kilobits per second over wires, 200 megahertz processors, and 8 megabyte sticks of RAM. The technical infrastructure of the 2020s consists of routers streaming a gigabit per second over thin air, 3 gigahertz processors, and 8 gigabyte sticks of ram – notice the many, many orders of magnitude that separate each component? Where are the many, many orders of magnitude that separate your modern computational experience from that of an Amiga 3000?

How many seconds does it take to load Photoshop? How many times do you have to refresh a broken webpage per day? How long do you spend syncing your iPhone's Bluetooth to your car's speaker system? We have grown complacent, accustomed to systems composed of chaotic code!

The characteristics of decline are apparent. If we do not change, if no inverse transmogrification takes place, we are bound for the depths of the chasm. Planes dropping from the sky, skyscrapers collapsing under their own weight, ISP cables being severed and melted down for raw materials. Software is eating the world, and lack of virtue is eating software.

There is no simple incantation that performs the inverse-transmogrification, mutating the type of (torso) -> (engineer). It is a complex problem to imbue humans with greater virtue, but one approach to return us to Solzhenitsian form is the cultivation of mimetic idols. Elon Musk springs to mind, as do Hero of Alexandria, Archimedes, Henry Ford, Charles Babbage, and Benjamin Wright. Erect statues of these legends in your mind! Study them, emulate them!

These Great Engineers were capable of crossing domains seamlessly, competently playing musical instruments, speaking and thinking eloquently, interacting in a well-mannered way with all members of society, dressing with respect, and, most importantly, building things of beauty and magnificence. Exempli gratia: torsos cannot repair their own cars, Ford invented them.

Where are the engineers who compose machines that can move mountains? Build cathedrals in the heavens? Expand the domain of human potential by light-years? To stave off decline by advancing humanity for the better is as noble a thing as any. Torsos, you know who you are: let the WASD keys on your keyboard be no more important than any others, mold your body into a temple of physical strength, and mold your mind into a temple of intellectual capacity and aesthetic harmony! Take up the flame! Learn what has been lost!